In 2012 Flowitt Architects were commissioned by St Peter’s Catholic School in Guildford to build a new state of the art theatre building for their growing school. The requirement was a building that was welcoming, that had a real sense of arrival, a place that students valued, and a place where they felt they belonged. It had to be multi-functional allowing for large school productions and concerts, but also incorporating a teaching space that would be used daily.

The stage area was to include a Cyclorama, with built in black flat angled stage wings, with a flat stage on the floor. The stage needed to be able to accommodate not only performances but also assemblies on a daily basis.

Male and female changing rooms were created, which had perimeter seating and wall mirrors with bulb lighting surrounding each mirror for a theatrical effect. The changing rooms led on to a wide corridor which doubled as a green room for students to prepare for productions. New toilets, and a disabled WC was also incorporated. All these are accessed from a central open vaulted theatre foyer.

Including the above building design, Flowitt Architects were asked to include theatrical provisions for lighting and sound, and sound acoustics. Mainly that of a sound and lighting desk with specific lighting hung off a new lighting rig. A large electronic retractable seating system was also installed. 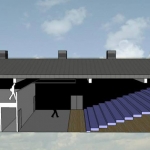 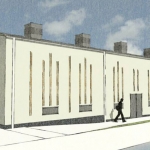 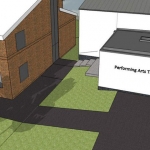 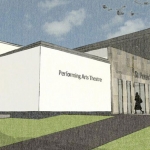 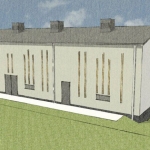 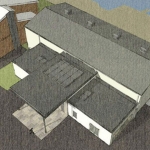 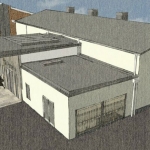 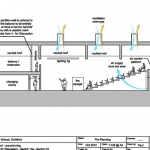 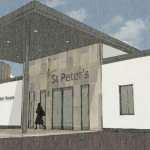 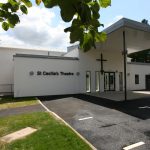